I spent some time reading Jonathan Eig's book, Luckiest Man ( ISBN: 9781439126448), this week. The book chronicles the life and death of Lou Gehrig. Lou's name, of course, is synonymous with ALS and MND.

I came across a really interesting passage that I thought I'd share. 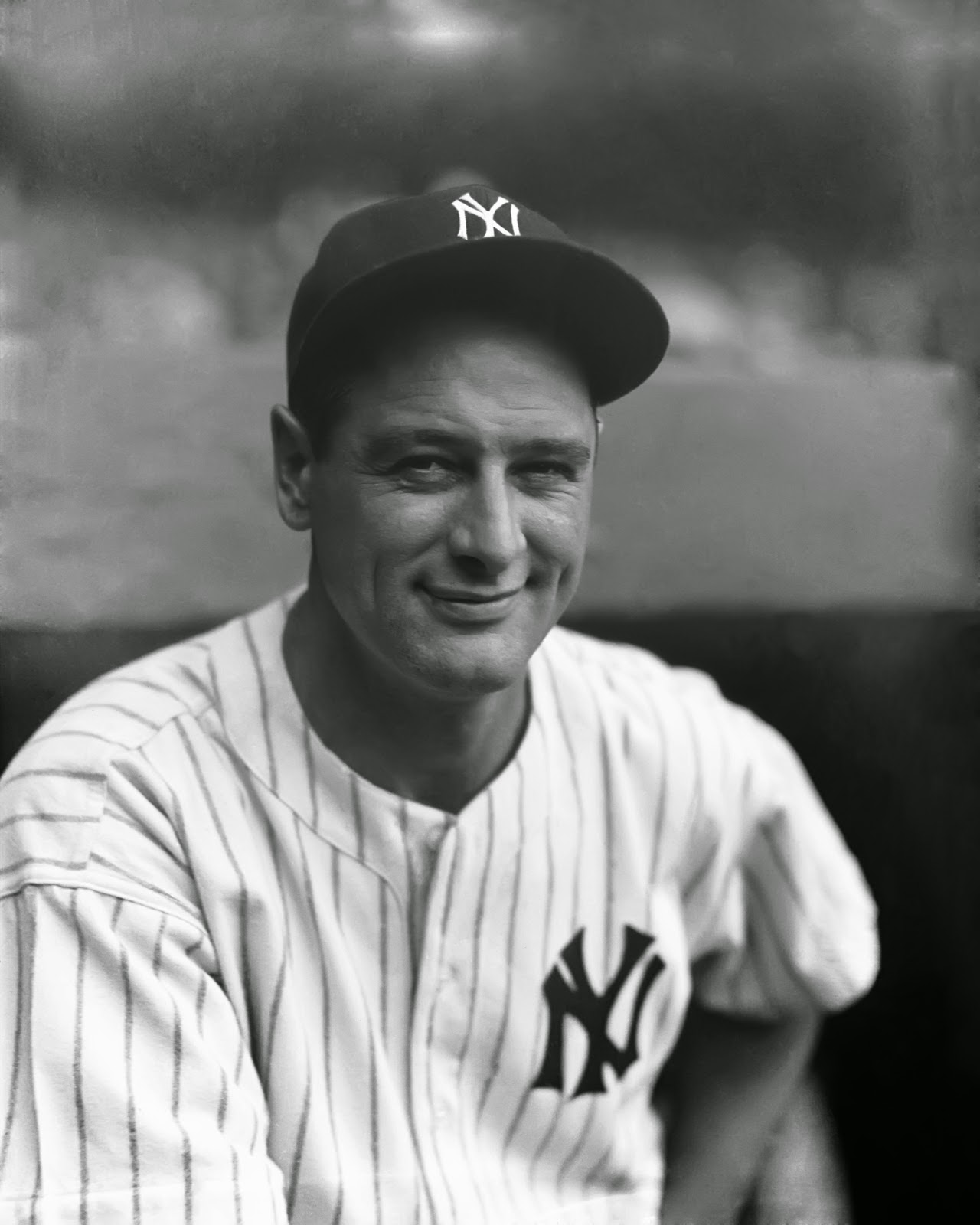 Lou pushed the records in just about every offensive category, but it was his strength, stamina, and one particular statistic that earned him the nickname "Iron Horse" (then the nickname given to a railway locomotive). Lou played in 2130 consecutive baseball games, before succumbing to ALS, aged 37.

The passage I wanted to mention is in connection with a moment when that streak of consecutive games was in danger of being broken. Between regular, professional games, the Yankee management decided to play an exhibition game against a minor league team. Lou was hit with a fastball above the right eye, dropped to the ground, and lay unconscious for five minutes. He was eventually helped from the field and taken for x-rays.

The x-rays came back negative, but Lou still had a sizable swelling from the hit. Newspaper reporters were adamant that Lou couldn't recover in time for his next professional game, the next day. But he did, and it's a passage about returning to the batters box after taking a knock-out pitch that stood out to me.


If a pitcher sensed that a hitter was nervous about being struck in the head, he would throw inside, exploiting that fear. Once a batter starts leaning away from inside pitches, he has almost no chance of hitting balls thrown on the outside portion of the plate. Gehrig knew it. So he dug his feet in the dirt of the batter’s box, stared out at the mound and took a couple of practice swings. When the pitch came, he didn't shrink.

Of course, when you have a blog titled "Don't Shrink," it's hard not to feel your heart flutter when the same phrase is used to describe a key moment in Lou's return to the game.

Maybe the name for my blog isn't out of place after all.
Incidentally, Lou hit three triples in that game, although they don't appear in the record books; a storm swept through and the game was canceled, nullifying his efforts.