Dear Cora & Louise,
Christmas is a few days away, and I find myself alone in the house. I think of you all the time.
I wanted to make sure you know how proud I am of you both.
Cora, you've recently shown a real willingness to take on more responsibility. It will sound silly years from now, but even little changes in your behavior are fascinating and exciting to me. You jumped into a project this morning where you cleared out your toys into piles that you wanted to keep, throw away, or donate to Goodwill. You were eager to get the job done, and exhibited genuine empathy for people more needy than you.
In something completely unrelated, you and I were having a conversation the other day. You casually used the word "equivalent" while you spoke. For a split second I continued listening intently before getting totally absorbed in how perfectly you used the word. It made me smile.
Louise, you've been in a phase of your life where you've discovered what the word "no" can do. Occasionally, you steadfastly refuse to do something we've asked you to do (something terrible, like "eat a bite of your dinner"). But you seem to be growing out of that. Recently, you've been eager to join in and help with little things...when your Mum has to answer the phone, you'll come over and keep feeding me...you'll jump up and help with the pets when you haven't even been asked to...you'll pull a chair into the kitchen and just start helping your Mum with whatever she's working on...you insist on helping to administer my medicine.
It's wonderful to watch you develop. I hope you never stop growing, and I hope you continue to enjoy learning.
I love you both, so much,
Dad
Posted by Unknown at 1:50 PM 5 comments:

Email ThisBlogThis!Share to TwitterShare to FacebookShare to Pinterest
Labels: TMDG

It an unwieldy question, but it gets applied to all manner of things..."what would you do if it were the last time you could do X?" or "how would you feel about it?"

I recently witnessed the later of those questions dawn on a small group of guys that had played their last truly competitive game of football. Even though the level of football was nothing close to the kind of football that pays outrageous salaries to babied grown men, it was as competitive as can be.

There seemed to be many unspoken emotions; sorrow, regret, happiness, bewilderment, and frustration to name a few.

I recall similar feelings when I finished playing competitive footy. I think I was relieved, too.

Of course, ALS gives rise to those same unwieldy questions on a frequent basis.

These aren't the lasts that I think matter, though. Sadly, I'm quite vague on some of my more important lasts. 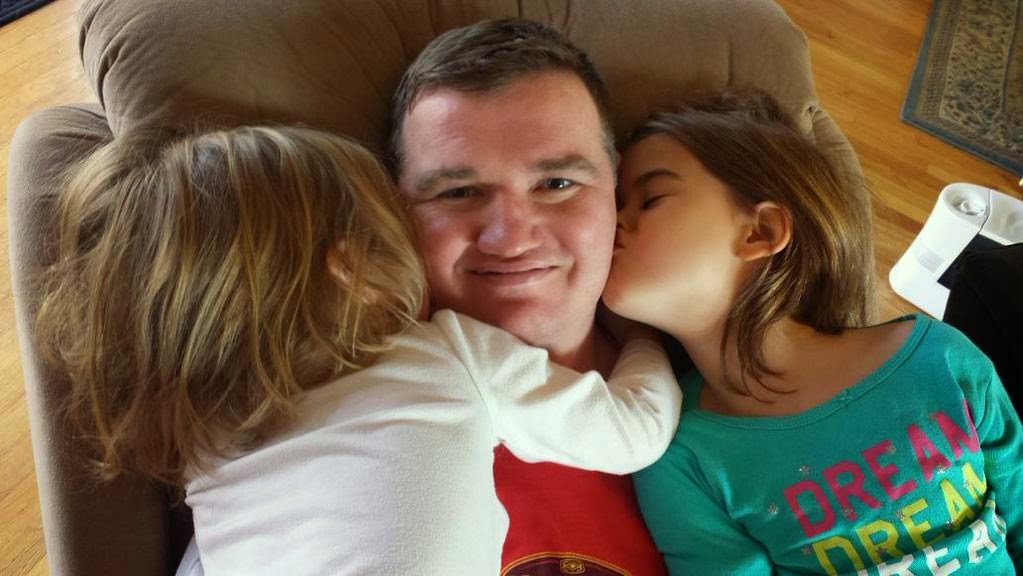 I cant accurately remember when i lost the strength to pick up one of my girls and give them a hug. Or tickle them. Or clasp their hand in mine. Or pick them up when they falter.

I do remember when I last told them that I love them...every night, every time they leave the house, and a litany of times in between. But I can't form the words any more. I have to hope the series of noises I make are comprehended as, "I love you."

That's my reality today. We all know that my future has many more lasts in store for me.

A friend of mine recently went through the last: The last breath.

As my doctors have told me, later stage difficulty in breathing can't really be treated. All that's left is medication to make the patient as comfortable as possible.

I don't fear my last breath. But I do find the timing to be one of the most unfair aspects of my illness. That consumes my thoughts more than fear.

The thought that consumes me the most hasn't changed, and will likely be going through my mind when they fill me with morphine. It's basic and I feel it on a most quite primitive level; how do I take care of my girls?

I can't rid myself of that thought, and I don't think it's right to push that thought aside.

Posted by Unknown at 3:48 PM No comments:

One of the Bhoys

Check out this picture from  Daniel Kitchen 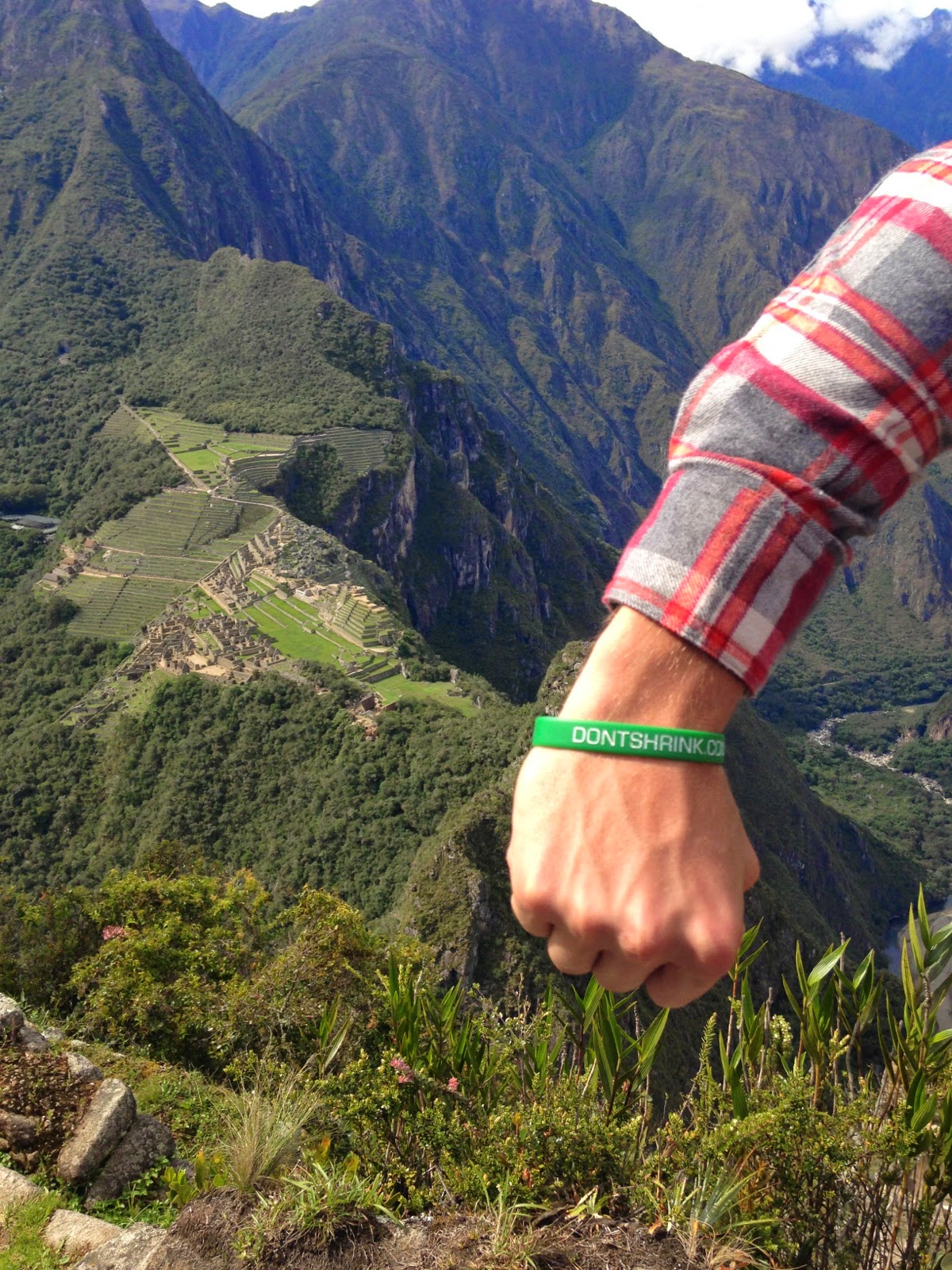 I recollect a lot of the details from my initial diagnosis fairly well, but there are some gaps. I attribute the gaps in my memory to the moment immediately after my neurologist had just given Amanda and I another brutal detail about what we should expect.

I remember my mind going elsewhere right after we were told about my life expectancy. Unsurprisingly, my senses almost shut down as my mind went elsewhere. And it's not like I was plunging the depths of my mind to find the answer to a question on theoretical astrophysics. Simple arithmetic to figure out when I should expect to die was consuming all of my focus.

I would drift back in to the conversation, back in to my surroundings.

I remember leaving the medical office holding hands with Amanda, and making it back to our car before losing my composure altogether.

My initial thought wasnt about my death - well, thats not the thought I got stuck on.

A lot of water has passed under the proverbial bridge between now and then.

My initial thought was of the burden my illness would undoubtedly place on Amanda. And Cora and  Louise.

Amanda was almost incredulous that my thought wasn't something closer to self pity.

I wonder now, particularly after the past year, if my initial thought makes more sense to Amanda. The past year has reaffirmed it for me.

As I've gone from able bodied to near paralysis, you can't even fathom the responsibilities and roles Amanda has had to assume. You may think you can guess what it's like for Amanda, but, in the realm of guesses, you wouldn't be in the right galaxy.

So here's to my wife; the most loving, hardest working, most giving, and toughest person I know.

The Charge of the Light Brigade

You gain a sense of camaraderie with other people suffering from ALS, and their caregivers.

Texts, email, calls, and messages via social media go back and forth behind the scenes. How are you? What meds are you on now? Have you had your feeding tube inserted yet? How's your breathing? How's your weight? How are you emotionally? How are you coping with X change?

Sharing the journey binds you together. Even if your ALS is progressing at different speeds (which it does), you share common paths.

Which means that when friends and people you correspond with start to experience failing health, you feel it, too. Maybe not the physical symptoms, but certainly emotionally. That sinking feeling in your stomach.

So as other sufferers falter and fall you feel your numbers dwindling. You look around and see the crowd thinning out.

Then you realize that this fight you've been in will end in a proverbial charge of the light brigade: surrounded by canon on all sides, and engulfed in shot and shell fire. You don't lose hope, but you see that your horse is saddled and you know there's no return from the mouth of hell.

Here's to those climbing in to the saddle.
Posted by Unknown at 12:12 AM 2 comments:

Posted by Unknown at 3:00 AM No comments:

These numbers are important to understand when I tell you that my friends back in the UK are doing a 100km walk in my honor.

If youre interested in keeping tabs on the walk, you can visit its facebook page https://www.facebook.com/theconway100kmchallenge It's slated for May 23rd next year. The facebook page has updates from old school friends who are training for the event

I need to say a big thank you to Scott Brighty for organizing the walk, and for his efforts in getting other folks to sign up. Scott has contended with his own share of life-threatening health problems which, in tandem with the number of old friends that have signed up to do the walk, makes his stewardship all the more meaningful.

I had an idea, a long time ago, that I'd like to make keepsake chests for the girls. There were two major obstacles; 1. My arms no longer worked, and 2. even if they did work, I didn't have the tools required to do the work.

The seed of a solution presented itself on Facebook. I noticed a young man, whom I coached in high school, was getting married, and he had posted images of a hope chest his father had made for his bride.

The idea for keepsake chests came to me a few months later, and I immediately thought of the chest I had seen on Facebook.

I contacted the young man in question, talked about what I had in mind, and, to my delight, he agreed to tackle the project for me.

Check out  the gallery below and you'll quickly get an idea of how much we love the finished keepsake chests, and a small idea of the amount of time and work that went into them.

Cora broke her arm on Monday. The best information we have is that she fell from the monkey bars on the playground, and landed on her elbow.

She came home with her arm in a sling, and acted like the injury  wasn't a big deal...so she went back to school on Tuesday. It wasn't until she got home that we could see noticeable swelling just above her elbow.

An appointment with our family doctor brought the surprising diagnosis of a broken arm.

Cora, accompanied by Grommy, went to an orthopedic specialist where xrays confirmed there was a tiny break at the bottom of her humerus.

A short while and a tie dyed cast later, and all was well.

She now wears the cast like it's her greatest accomplishment!
Posted by Unknown at 3:00 AM 2 comments:

Sometimes you don't realize you've been in an emotional rut until you climb out of the chasm and are able to stare at blue skies.

My most recent rut has been precipitated by a notable decrease in the quality of my speech. People that haven't seen me in a while often struggle to translate the noises I make into the intended word or sentence. Amanda has been the yardstick by which I've casually monitored the quality of my speech; if Amanda can comprehend what I'm saying, I'm good.

Unfortunately, in recent weeks, even Amanda has struggled to translate  what I'm saying. I think there was a brief emotional apex before I took a nosedive in to frustration, anger, and self-pity. The cliche of the emotional roller coaster could be aptly applied here.

I think the question that caused me the most angst was, "What now?" I thought there was no answer to that question.

But there is an answer. Part of it is adapting simple messages into facial expressions - winks, nodding my head in a certain way, and simple sounds. The other component that comprises my solution is to finally start using my eye-controlled computer to talk for me.

Yes, my voice sounds like it's borrowed from a SatNav device. Yes, conversations take longer. But it's a solution.