We have not been keeping up with the blog posts very well... and we have no good excuse. We have been busy though! It was an extremely busy summer, which was wonderful, but made it seem so short. And now school has started again. That makes time move really fast and really slow at the same time somehow... but all of that is really no excuse. Everyone is really busy in their own way, and everyone has their own burdens to bear.

I decided that it might be time for an update though. We have blogged about our adventures, but not the down and dirty of our daily lives... things have changed quite a bit in the last few months.

When Tony broke his arm in early June, that led to an expected change in how much assistance he needed. I needed to help him in the shower, help him get dressed, and help cut his food. What wasn't completely expected is that nearly three months later, I am still helping him do those things. It seems that the arm break coincided with a decline in functionality in his arms due to ALS. The bone has healed, but he will never regain the strength and range of motion he had before.

So our daily routine is quite a bit different now. In the mornings, I get the girls up, dressed and fed; and then I get Tony up, and help him get showered and dressed. He has Jake to help him during the day. Then in the evenings, I cut up his dinner and modify the way I serve it to make it easier for him to eat. He almost always uses a straw to drink instead of picking up the glass as well.

And all this of course starts to effect his work too. He has a harder time typing, and his arms tire more easily. That is one of the biggest reasons we are slow with the blog. I am supposed to type for him while he dictates, but we are often too tired at night to work on it.

He has started to notice other effects too. After sitting for awhile, it takes several steps before he regains his balance. He has also noticed an increase in the amount of saliva, which is a common symptom of ALS.

So all that leads to the emotional side of things... and there have definitely been changes there too. It is very difficult to stay positive, and sometimes we don't succeed. I know that is to be expected. I always try to stay positive and get him to look at the bright side, even if I don't completely agree with myself. I wonder at times if that is the right thing to do, but I feel like the best thing is to keep him positive. I think he does extremely well considering the circumstance though. I cannot imagine myself being so graceful in the face of something as monstrous as ALS. The other night we had a brief but difficult conversation. He told me that he has noticed even more weakness in his arms, and that that is quite demoralizing. Then we talked about the nearly inconceivable reality of losing the use of his arms...

... it's really hard to even keep typing after that. My husband is, and always has been, my hero. I think of him as the guy who can do anything: play a fierce game of soccer, build a house or tackle any home improvement project, know exactly what to do in nearly any situation, light up a room with his laugh... the list goes on and on. He is still that same person, his body just isn't cooperating.
Posted by Amanda Conway at 9:35 AM 5 comments:

Me and the $2 million supercar

I mentioned my visit to Florida before, but didn't expand much on the issue of my speeding ticket.

For good reason; it was for 125mph in a 55mph zone. That moment of foolish, fearless recklessness seemed the thing to do at the time, but some flashing blue lights quickly brought the whole escapade in to vivid focus.

I recorded my drive on a head-mounted camera: NOT to record what became an episode of reckless driving, but to record a once in a lifetime opportunity to drive a car at the pinnacle of automotive engineering.

I've shared the video with friends and family, but I don't think I'll share it publicly. It's not that the video shows me doing anything worse -- that didn't happen -- and it's not that it shows me bragging -- I'm actually very remorseful in the video -- but I don't want people to get even the slightest feeling that I'm celebrating wreckless driving. The only way to ensure that is to keep the video private.

Why am I re-hashing this?

The authorities in Lake County, Florida, dismissed my ticket today. And I simply wanted to thank them for their understanding, and apologize for the whole incident.

I also extend my deepest thanks to Johnny Weekes for his work and guidance. In the Spirit. 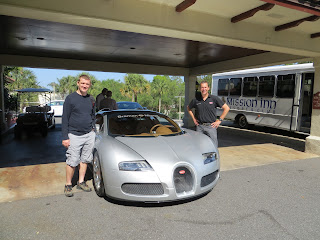 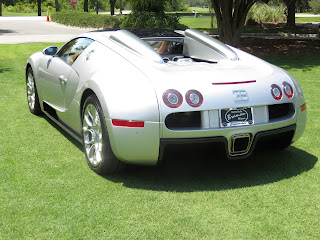 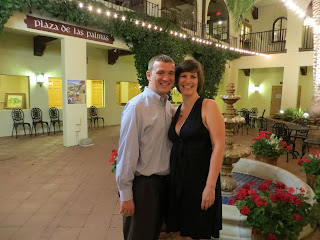 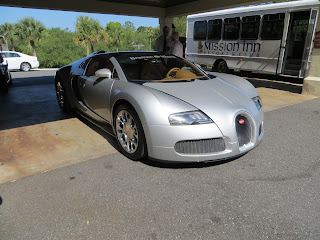 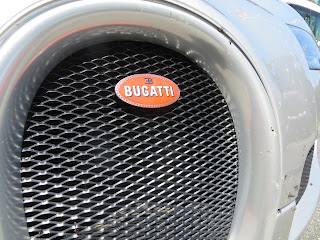 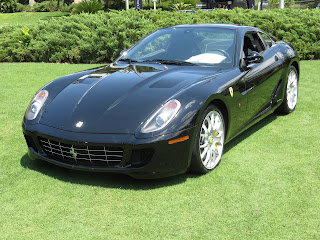 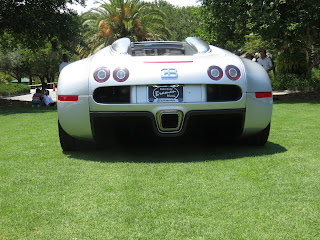 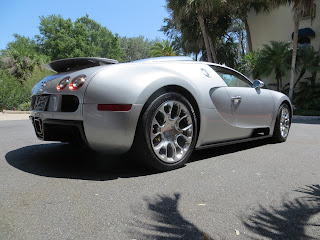 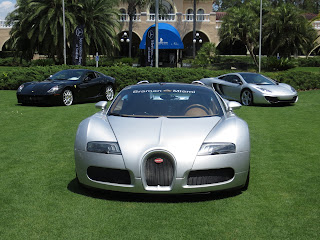 Posted by Unknown at 9:37 AM No comments:

Posted by Unknown at 4:07 PM No comments:

In mid-July, Amanda and I took the girls and joined my parents, my brother and his family at Topsail Beach, NC. Our exciting destination was a house located right on the beach.

We split the journey down to Topsail over two days, staying overnight at my parents' house. While the journey was fairly long, we weren't disappointed when we got to Topsail. The house was enormous, and in a very picturesque location.

We barely had time to soak up the atmosphere before Cora buried a splinter in her foot, and we had to go to the hospital for their expertise. We made it back to the house late on Sunday night, and climbed into bed hoping for a better start to our day Monday.

It didn't take long for people to make it down to the beach on Monday. While spacious and luxurious on the inside, the house's best asset was undoubtedly its proximity to the beach. There were no treks with a day's worth of beach supplies; we could simply pick up a few things and step down onto the beach. And we could run up to the house when hunger struck.

The time at the beach quickly settled into a routine. Popular activities included tubing in the surf, trying to master body boarding, building sand castles, playing with toys, and frolicking in the surf... the kids had fun too.

Amanda and I took the girls on a mid-week excursion to the North Carolina Aquarium in Kure Beach. The aquarium wasn't the biggest we have been to, but it certainly had some very interesting displays. Plus, Cora and I got to pet baby sharks!

Our evenings also settled into an enjoyable routine. Dinner consisted of great food and wonderful company. Tired children were cleaned and put into bed, before we enjoyed walks on the beach and drinks on the deck.

While I found that the weather at the beach could sap my energy, it was still an extremely relaxing and enjoyable week.

On a side note, the vacation was Jake's first major trip with the family. He was well-behaved throughout, and thoroughly enjoyed playing on the beach.

Posted by Unknown at 8:33 AM No comments:

Some epic posts about recent trips are in the works...patience please!